What is going on? WAKE UP AMERICA! 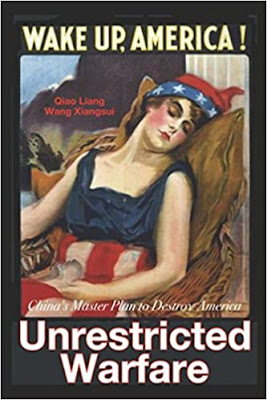 Coronavirus: Chinese aid to the EU delivered to Italy.

The EU has put international cooperation at the forefront of its response to the Coronavirus. Following an agreement reached between President von der Leyen and Premier Li Keqiang last month, a donation of protective equipment from China to the European Union has now arrived in Rome, Italy. “We are grateful for China’s support and, as President von der Leyen stated, we need each other’s support in times of need. The EU and China have been working together since the beginning of the coronavirus outbreak. In February, the EU already delivered 56 tonnes of equipment to China”, said Janez Lenarčič, Commissioner for Crisis Management. The Chinese plane delivered 2 million surgical masks, 200,000 N95 masks and 50,000 testing kits to Italy.

Unsaid:
The Netherlands, Belgium and other countries have sent back some Chinese masks, test kits and medical equipment as they seem to be (deliberately) so unfit they are 'rubbish'. China is also demanding payment for equipment donated by Italy when China was dire need. China, of course, gave Italy the CoronaVirus for free.

China says that its industry is now up and running again. It is ready to exploit this huge advantage.
Today I ordered a book called UNRESTRICTED WARFARE, It is written by two Chinese military generals, back in 1999. It is considered to be the major work on Chinese strategy. For many years only available in Chinese.
It is a strategy about how to defeat and conquer USA.
How?
Key idea: Fight the fight that fits one's weapons. Chose your weapons first, then chose the battlefield. China's enemy is fighting the war with updated models of how they fought the last war. For example Russia has airplanes that can outclass USA and far outclass China. Should China worry? War can work on quite different dimensions and battlefields including disruption of its civic unity. What is high technology? Biotechnology can render it useless.
Second key idea: In war there are no rules, even though the enemy thinks there are. USA believes in the Rule of Law and the UN resolutions it helps pass.
What has happened now? China is back on its feet. The West is still in a chaotic condition. Industries are stopped. Till when? Economy is in ruins of debt. People are arguing about keeping 6 feet apart. They are getting angry staying at home all day. The media is blaming the leaders such as Trump.
The media is China's best ally. I published three articles on Covid-19 and EU on my websites eurdemocracy.com etc and there is no trace of them or articles posing similar questions using Google.
The English language version of the book is subtitled WAKE UP AMERICA! The edition was published in 2017.

Posted by David Heilbron Price at 7:38 AM