EU must act! How Google fiddles with your search results and mine! 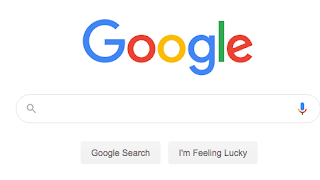 Are you being manipulated by Google? Are they playing tricks on you so you become their commercial and political puppet? How can you tell?
One analyst found that:

You can test whether Google and Twitter are impartial. Here’s how using a simple technique below.


Question: When you make a search, does Google really show which articles most accurately reflect the search question? Or do some human manipulators fiddle the results?
Remember that Google and Twitter have every motive to cheat. They sell advertising. They want you to buy things.
For example the Pharmaceutical sector spends hundreds and millions of dollars lobbying the US Congress. They oppose efforts to reduce prices. Critics of their products, pills and vaccines get stifled. What are you prevented from learning about the ‘Covid-19 pandemic‘? President Trump says that Big Pharma are ‘getting away with murder‘. How do they use Google to their advantage?
And Google may want you to vote for certain parties, and discourage others. Political parties get huge contributions from industries, trade unions and NGOs. All are active on the Net. Does Google load the dice so the results you get are altered in their favour of parties?
Worse, the big Info Tech companies sell your personal data — they know your intimate secrets. They can often predict what you can do — sometimes more than you can.
That means you are manipulated.
Public frauded
Google, compared to other search engines, does not give the public what is the true result. In the run-up to the US elections, conservatives complain of a bias.
You want impartial searches? Don’t go to Google. In the run-up to the US elections in November, search for these supporters online and you will often find the results are biased in favour of critics rather than the original source.
The result? The main Info-Tech companies make citizens who want to read the original source feel like they are someone with a minority viewpoint.
Is this a gripe or a fact? A senior research psychologist at the American Institute for Behavioral Psychology and Technology studied the phenomenon in detail. Dr Robert Epstein testified to the US Senate Judiciary Committee. Here’s what he said:

In 2016, biased search results generated by Google’s search algorithm likely impacted undecided voters in a way that gave at least 2.6 million votes to Hillary Clinton (whom I supported). I know this because I preserved more than 13,000 election-related searches conducted by a diverse group of Americans on Google, Bing, and Yahoo in the weeks leading up to the election, and Google search results – which dominate search in the U.S. and worldwide – were significantly biased in favor of Secretary Clinton in all 10 positions on the first page of search results in both blue states and red states.

Dr Epstein says that this Search Engine Manipulation Effect of the Google algorithm is used not only in USA but in other countries as well to manipulate elections.
Both the US and EU authorities should ask Dr Epstein for access to his database of searches over the last four years. They will show the dirty underworkings of western politics. If they are made public then all citizens can judge for themselves.
Dr Epstein outlined the results of his investigation:

I know the number of votes that shifted because I have conducted dozens of controlled experiments in the U.S. and other countries that measure precisely how opinions and votes shift when search results favor one candidate, cause, or company. I call this shift “SEME” – the Search Engine Manipulation Effect. My first scientific paper on SEME was published in the Proceedings of the National Academy of Sciences (PNAS) in 2015 (https://is.gd/p0li8V) (Epstein & Robertson, 2015a) and has since been accessed or downloaded from PNAS’s website more than 200,000 times. SEME has also been replicated by a research team at one of the Max Planck Institutes in Germany.

Dr Epstein calls this manipulation one of the most powerful means to control subliminally the democratic essentials of society.

SEME is one of the most powerful forms of influence ever discovered in the behavioral sciences, and it is especially dangerous because it is invisible to people – “subliminal,” in effect. It leaves people thinking they have made up their own minds, which is very much an illusion. It also leaves no paper trail for authorities to trace. Worse still, the very few people who can detect bias in search results shift even farther in the direction of the bias, so merely being able to see the bias doesn’t protect you from it. Bottom line: biased search results can easily produce shifts in the opinions and voting preference of undecided voters by 20 percent or more – up to 80 percent in some demographic groups.

Democracy is at stake. The EU needs to act immediately. This type of manipulation is an entirely different and more dangerous dimension from the present line of EU investigation at StratCom, disinformation and advertising.
Robert Schuman and the co-signatories of the European Community system provided a system where impartial information could be presented to the public for use in their decision-making. This requires that the Consultative Committees be elected on a Europe-wide scale by European associations representing all elements of organised civil society. Whether in the European Coal and Steel Community or the European Health Community access to valid information was to be guaranteed by the Human Rights Convention of the Council of Europe.
In the Gaullist period into the 1960s the Council blocked this. Access to impartial information was feared both by ultra-nationalists and euroCommunist federalists like Spinelli, who knew it would destroy their malign ideology.

It is now more urgent than ever that European peoples and its leaders implement this measure.

Human intervention
We are a pawn in the Google version of Big Brother — unless we take precautions. That trap includes not only a biased algorithm. It includes some human being fiddling with the results for partisan purpose.
The Info Tech giants are making a financial, economic or political gain out of this.
The Info Tech giants are already the biggest companies in the world with combined $5 Trillion turnover. They are not manipulating the results for small time users. Their main customers are global giants too.
The results may be fiddled to provide an ideological bias so the public will eventually be ‘educated’ according to the manipulator.
Arabs, Jews, Oil, Russians, EU, Blackmail
How would Google and Twitter react to an article covering all the above terms, all somewhat controversial to some sections of the public? On 6 July I published an article dealing with disinformation, Fake News, covering these topics.

Palestine-Israel: Now the Blackmail is over, can Europe bring a Schuman Plan for Peace?

I also tweeted about the topic and left a link at eurdemocracy.com
On the morning after I checked public reaction by asking Google for search results of the article. On Google I used a three word search <
Google put my article in first position on the first page on the morning after. But when I checked that evening it was nowhere to be seen on the first six pages. It had disappeared from sight! What I got was a long list of articles about how Israel is blackmailing Palestinians!
The search result was the same with or without the hyphen. Zero links.

Google’s political dealings
Google and Yahoo both use human modified search engines algorithms to give a particular bias. This seems to involve exclusions as well as skewed results. The Google COE billionaire Eric Schmidt contributed to and worked for the Hillary Clinton campaign. He was a frequent visitor to the Obama White House and known as ‘Obama’s chief corporate ally.‘ Google and associates had ‘at least 427 meetings‘ with the Obama White House.
Schmidt resigned from Google in 2017 when Mrs Clinton did not get elected. That failure happened in spite of what the Epstein study of search engine manipulation concluded that Google skewed search results delivering around 2.6 million extra votes among ‘undecideds’ in the Clinton Democrat direction at the election. Dr Epstein testified that to Congress and he said he was a Democrat voter.

Continuing Google Saga
At this time by the next Friday my article was confirmed on Bing and other search engines as still top of their first pages with the 3 terms.
On Google its was nowhere to be seen.
On Saturday evening 11 July, I found that my article was still rated 1st or second on the main search engines. Then, surprise surprise, I found my article suddenly appeared first on page one of Google search.
Does the weekend imply change of staff supervisors at Google?
But by Sunday it had disappeared from Google‘s first 7 pages. How do they explain this on-off censorship of what is supposedly an impartial search engine?
I was then running second on Duckduckgo and Yahoo and first on Bing.
Nothing on Google except pages about how Israel blackmails the PLO /Palestinians.

Twitter block
When I first published my post, I also sent out a Tweet. But when I checked the link to eurdomocracy.com it did not work. So I had to change the link to another site at blogactiv.eu .
I asked my online hosting service why, when I included a link to eurdemocracy.com in a Twitter message, it did not work. It was refused. I had to delete the tweet and use the blogactiv.eu backup copy of the article as the link source.
The help desk suggested it was the usual censorship by the hi tech industry.
Here’s what they wrote:

Thank you for contacting our support department. When I insert ‘eurdemocracy.com‘ in a browser, it does redirect to destination url
https://eurdemocracy.blogspot.com/ every time, so I am not able to replicate any issues with the redirect itself.
However, this isn’t to say that private platforms such as Facebook can decide to block any website they wish to, in which there are many examples of them doing so, as well as updating their terms of service several times over the years without warning. We are not sure why Facebook would block a redirect, but they use so many unknown factors on what they allow, that we don’t have any way to know exactly what the issue is.

Solution to cartel Information control
The public deserves a better service. After all, it is the public not the big cartel companies that is paying for the service.
Dr Epstein provides one solution against information cartel control:

The solution to The Google Problem is to declare Google’s massive search index – the database the company uses to generate search results – to be a public commons, accessible by all, just as a 1956 consent decree forced AT&T to share all its patents. There is precedent in both law and in Google’s own business practices to justify taking this step.

He says that declaring Google’s index a commons will quickly give to real competition in the information market place and the means to understand what is manipulated and what is not.
A key aspect of Schuman’s design was to provide Europe with a democratic defence of the powerless against the powerful. The Community was provided with anti-cartel machinery. It should use them on the most vital sectors against Info Tech control of information.

Posted by David Heilbron Price at 12:18 PM No comments: