Russia and WW3: How did Europe's leaders get policy so wrong?

The EU's economy is burst like a flat tyre. Today's policy repeats the errors of the 1970s when OPEC's Oil Weapon punctured Europe's economy. A decade of Stagflation followed -- a combination of high inflation and stagnant growth. 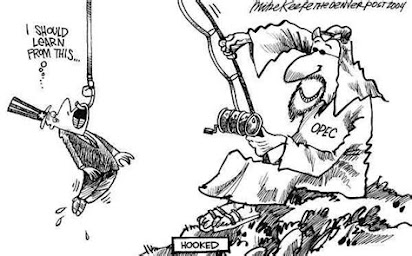 Are leaders abandoning 76 years of peace in Europe -- the longest in all its history?

How did European leaders burn Europe's most precious asset like a candle under a blow-torch?

Let's go back to where and when Europeans gained that peace.

In 1950, while the Russian Red Army was poised to conquer worn out, post-war western Europe, French Foreign Minister Robert Schuman made a proposal, the like of which no nation in history had ever seen before.

The French Communist party was the largest in the French National Assembly. Post-war inflation topped 60 percent. Schuman first reformed the currency base. When in 1947-8, Schuman had been elected Prime Minister, the US ambassador cabled that a Communist coup d'Etat was imminent. Insurrectional strikes paralyzed the country, riots caused chaos, trains were derailed.

Josef Stalin ruled the Soviet Union and his Red Army controlled the Baltics, Poland, East Germany, Czechoslovakia, Hungary, Bulgaria, Romania and other countries. Millions were enslaved in Gulag camps. Other millions were executed at his personal behest. But in western propaganda however, he was the benign, pipe-smoking 'Uncle Joe'.

Schuman's analysis was far different from many commentators. He proposed a New Europe by making war 'not only unthinkable but materially impossible.'

On 9 May 1950 the French Government accepted his proposal. At 4.30, in a notably strong, firm voice, he pronounced his plan to the press.

'Conditions in Europe are going to be entirely changed.'

'France has acted primarily for peace, and to give peace a real chance.'

'All Europeans, whether from the East or the West, will benefit from this.'

'Europe will be born of this.'

'France has acted and the consequences of its action can be immense.'

They were. They turned the world right-side up. Europe entered its longest period of peace and the greatest prosperity in all its history.

It would create a New Europe based on the hitherto unknown principle of a supranational Community of Coal and Steel.

All Europeans were invited to join, Schuman declared.

What about Russia, one journalist asked. Can Russia join?

Schuman's grasp of reality and duty was light-years away from many of the leaders today.

To understand Schuman's design for what he called the European House, we have only to look at his earlier achievements. He helped reform inflated currencies on an international scale. He was instrumental in 1948-9 in creating NATO. It offers mutual defence against any who threaten and invade one of the partner States holding common values.

What were those values?

Schuman's government had proposed a European Assembly and a common market in July 1948. The Convention of Human Rights and Fundamental Freedoms listed those values. Membership of the Council of Europe was restricted to States who agreed. Freedom presages the end of tyranny.

How, in God's good earth, would Russia, then Soviet Russia, live in peace and prosperity with the rest of the Continent? For Schuman the answer was the same as would admit post-Nazi Germany and Austria with their horrendous history into a Community of peace.

He came up with precise predictions. The Soviet Union would collapse before the turn of the century, he told young politicians at the Assembly, although he would not live to see it. Europeans must be ready for that event. They must welcome those freed from its bonds. Politicians failed.

Isolation by former victims leads to repetition of violence. Each nation has innate qualities of culture, resources and geography. Nations should not become intoxicated with their assets to use them as instruments of domination. A Germany that played power politics between East and West was a danger. Post-Nazi Germany, Schuman said, should be welcomed  on the basis of equality by its former victims.

The same policy that goes for Germany, goes for Russia. Isolating Russia drives her to work against Europe and into the hands of Communist China. It drives Europe into energy and food penury.

What should be Europe's answer for Russia?

Schuman wrote about a 'durable, organic link' to help nations blossom in freedom 'by mutually beneficial efforts and using their common resources.' That Community method is the best way to serve one's own country.

But any misuse of resources for war must be stopped at its first manifestation.

'We must remove all reasons for war, and suppress it up to and including any temptation to start one. Nobody, not even the most unscrupulous government, should have an interest in it any more. I will go further: we want to remove any means to start a war, and to remove all temptation to war, and to risk one for gain. The worst of racketeers will be unable to spring a war on fellow Europeans.' 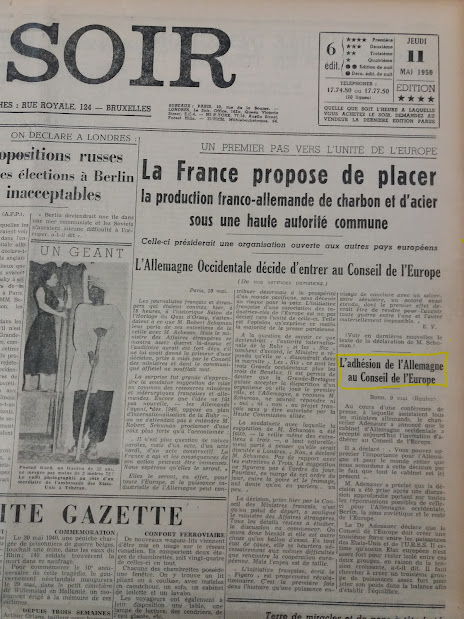 After the collapse of the USSR, western leaders were not prepared to welcome post-Communist Russia at the moment of its great need.  Russia asked. Russia jointed the Council of Europe in 1996. But on 15 March 2022 Russia voluntarily withdrew.

Western leaders thought they knew better than Schuman. They were less altruistic. Since Maastricht, they created a complex, dense and undemocratic 'European Union' for themselves.

The Community future beckons. A European Energy and Security Treaty creating a new Community would bring Russia, the Ukraine and the West together.

Instead of World War III, the participating States would have guaranteed peace and prosperity.

But are our leaders too proud and obstinate to see it and work for it?

Do they prefer the suicide of civilisation?

Posted by David Heilbron Price at 4:58 AM No comments: