The very careful forensic audit of the 2020 US election found 360 more votes for Biden in Arizona's most populous county of Maricopa. The main TV and press media were jubilant and gave it wall-to-wall coverage. They ask:

1. Do you Trump supporters believe Trump's claim that he won? If so, why?

2. If Trump lied about these matters, do you still believe the 2020 election was stolen?

3. If you know he lied about the Arizona recount results, what does this imply about Trump's view of his supporters?

I can't answer the first question because I am not an American nor do I vote. The other two questions assume Mr Trump lied when he said the Arizona audit showed he won the election. They are "When did you stop beating your wife" sorts of question.

What did the audit show? It found 360 more votes for Mr Biden. But it found massive fraud too. I checked DuckDuckGo and it is hard to find this. Google I did not try; it hardly ever gives an accurate account of public opinion articles.

The story that the audit confirmed the Biden win was massively promoted by media to distract the expected outcome that was not going to be released until the next day. This is the Arizona session where the audit results were released. I watched a good bit of it.

This is in line with other news that the corporate media refuse to report on: Chinese cyber attack of the supposedly off-line counting machines. Their censorship implies they are captured corporate media (CCM) at the service of both Chinese communists (CCP) and Big Business. 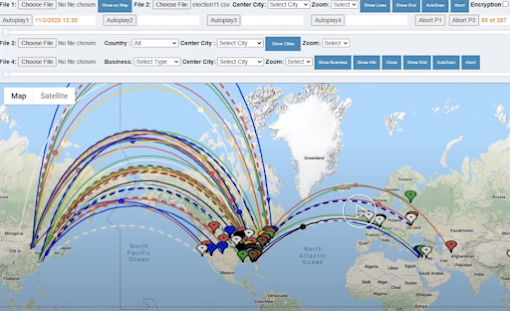 Serious interference was also found to the software of the Dominion counting machines in the Arizona audit.

They were not supposed to be attached to internet and the count needed to be kept for 22 months by federal law. However, on three occasions a total of 9571 directories and 1,064,746 election-related files were deleted for Maricopa county alone. Successively 463, then 37,686 and 330 entries were overwritten just before audit. Screenshots are proof of this.

Deleting electoral information is a federal criminal offence. The auditors say they have the screen shots to show the identity of the person/s involved. 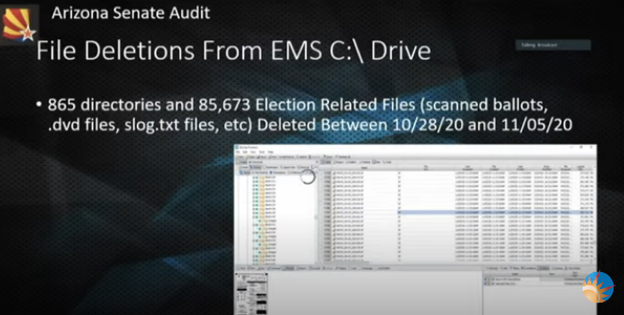 Yes 360 extra votes for Mr Biden were found but it that the real story?

The main issue is: are the main media acting responsibly? We shall see if and when the Arizona vote is de-certified and criminal prosecutions are undertaken as some of the Senators are requiring.

Posted by David Heilbron Price at 4:51 AM No comments: