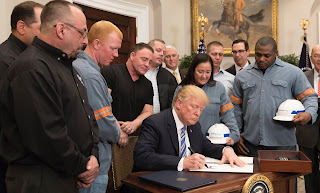 What is the greatest danger to European democracy today?
We see Italy voting in a potent mix of anti-Brussels parties, hostile to the euro. We see the UK – that calls itself the Mother of Parliaments – wanting to leave the EU. We see central and eastern European countries in revolt at the ill-thought out migration policies. We see Brussels wanting to take action against Poland for not respecting judicial independence and submitting to the EU. In Germany the traditional governmental parties of the CDU/CSU and then Socialists received record low and declining support at the polls in the face of those who want a real alternative.
None of these are the real problem. They are the symptoms of a wider malaise.
Brussels is sick.
Who is able to diagnose it? Dr Schuman. That is, Robert Schuman D Jur, the architect of today’s developing democracy. This year is the 70th anniversary of the proposal of Schuman’s first government in France on 24 July 1948 to create a European Assembly and a Customs Union. It is the anniversary that Brussels is not celebrating. That should tell us something is awry. The sickness is well advanced.
What did Schuman say was the greatest danger for Europe’s democratic institutions? What did he write in his book, Pour l’Europe (For Europe)?
What is the disease?
Ankylosis.


“Administrative ankylosis is the primary danger that threatens our supranational services,” he wrote p146.

Ankylosis: from Greek meaning bent or crooked. Stiffness of the joint due to abnormal adhesion and rigidity of the bones of the joints which may be the result of injury or disease.
Is there a clear example of this dangerous crookedness to democracy in Europe?
Who is the most powerful person in the European Union? Many people would say the president of the European Commission. The Commission alone has the legal authority to make proposals for European laws and regulations. That exclusivity is there for a very good reason. The treaties stipulate that the Commission is the Honest Broker for Europe, a totally impartial adjudicator and a fair, pragmatic judge authorized by the States to solve their disputes, analyze their real peaceful interests and direct their attention to challenges of a common future. The treaties say the position of Commissioner is open to any honest, independent European citizen, not just this new, self-appointed Politburo.
But what if the Commission – the Conscience of Europe and guardian of public interests – is taken over by biased, partisan groups? That is the first step setting Europe on a disastrous path of contention and dissension. That is what we are witnessing now from UK in the West to Greece in the East, from the North to Italy in the South. The Commission has been captured by political party, mainly the European People’s Party (EPP) but working in conjunction with other parties to share the spoil. They cut deals that benefit the new Politburo against many sections of the public, who are then named “nationalists”, “populists,” “racists” or some sort of defamatory label.
First let us deal with what is bent. The fraudulent Spitzenkandidaten system hoisted Jean-Claude Juncker into office, after being unseated as prime minister of Luxembourg. According to the spirit and letter of the Treaties, it was a wrong move.
An active politician as president of the Commission is equivalent to an alcoholic in charge of a Teetotal Society asking members to deposit their drinks with him. He also has to be willingly blind to ignore the oath of office that he swears before the European Court of Justice, an oath more severe in its demands for impartiality and punctilious than the judges themselves. He is supposed to be the just Arbitrator of national interests and also of the interests of entrepreneurs, workers and consumers across Europe.
Today we have the spectacle of how the Commission reacts to the announcement of President Trump that he will restrict imports of steel and aluminium from Europe. What is the reaction of president Juncker?
He had a private meeting with Lakshmi Mittal, the chief of ArcelorMittal, by far the largest steel producer in the world. Where is this enterprise headquartered? Luxembourg , the home of Mr Juncker. Steel affects many sectors. Commissioner for Trade Cecilia Malmström says the coming steel crisis will be a “serious blow for workers”.
Were the representatives of workers present at the meeting? No.
Were the representatives of steel consumers present at the meeting with Juncker and Mittal? No.
This is even more ominous as Mittal’s firm has been convicted multiple times of cartel activity, economic fraud. For two decades it ripped off the consumer in the “Club Zurich” or “Club Europe” together with 16 other steel producers. At least 36 companies were involved in 550 cartel meetings. In 2011 it was fined hundreds of millions of euros by the EU.
At the time the Commission was in shock.


“It is amazing how such a significant number of companies abused nearly the entire European construction market for such a long time and for such a vital product. This was almost as if they were acting in a planned economy, ” said Joaquín Almunia, Commission Vice-President in charge of Competition, adding: “the Commission will have no sympathy for cartelists; recidivists will be fined more and inability-to-pay claims will be accepted only when it is clear the fine would send a company into bankruptcy, which is rare even in the current difficult times”.

So what on earth is the Commission President doing compromising the integrity and reputation of the Commission? How can the Commission bring in proposals to satisfy all European citizens and associations? Such private meetings with convicted cartel fraudsters would not be permitted under the European Coal and Steel Community. (The politicians saw that the Treaty of Paris was not renewed in 2002.)
The treaties provide that all such economic discussions should be in public in a consultative Committee called the Economic and Social Committee, EESC.
Was the EESC called? No. (The EESC has never been properly elected as the Treaties allow in its entire existence.)
It has become impossible for the “political Commission” any longer to have the trust of the people of Europe.
The Commission has no shame at this collusion with cartels. Every week, the Commission publishes a listing of several hundred meetings of Commissioners with lobbyists, national, foreign, industrial, financial, political, and heads of governments.
What goes on in these meetings? No one knows. The doors are shut. No reports are provided, except perhaps stating that the participants are “old friends”.
Do 500 million Europeans trust such “friends”?
Posted by David Heilbron Price at 4:20 PM No comments: