Are Russians all evil and Ukrainians all Angels?

Russia is an international bandit, Ukrainians are all angels!

Do not get swept up in media hype. For some reasons the EU, probably following the US lead, designates Ukraine as the poor, little victim of evil Russia. Neither State is a paragon of virtue. Ukraine runs private armies as does Russia with the Wagner Military Company.

For eight years those Russian-speakers in the Donbass who refused to conform to the decree that only the Ukrainian language was legal have been punished. For years on end, the civilians and schools are subject to massive destruction of bullets, mortars and 150mm howitzers. From 2014 to May 2021 some 14,000 people have been killed, most of them among the Russian-speakers. 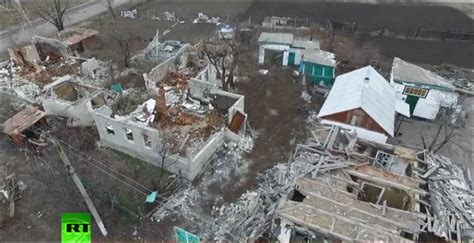 Belgium has three language groups: Flemish, French and German. Should the Brussels government bombard the communes when and if it changed to a two language State?

Russians say the USA declared war on Serbia, Libya, Iraq and Syria where US citizens were not threatened on a daily basis as Russian-speakers are in the Donbass. Why were western media silent for those 8 years?

Are western leaders going to explain the full context now? The reverse! EU Commission president von der Leyen wants to ban all Russian media. On what basis? How does that help EU citizens? 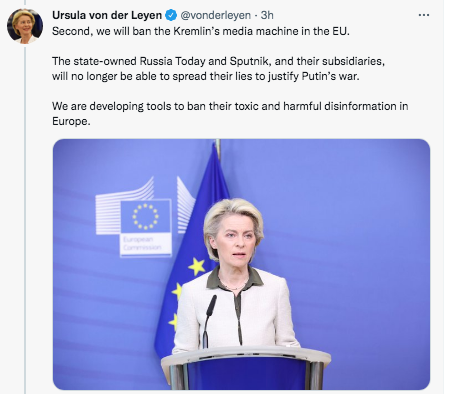 The fact is that neither Ukraine nor Russia are Member States of the European Union. Why then should its leaders be advocating probably the worst possible policy for Europeans? Besides provoking a wider war by taking sides, Europeans may end up with doubling or tripling of energy bills. A flat economy or its destruction may result.

Who gave the EU bureaucrats a mandate to destroy the livelihood of millions of its citizens?

If the EU proposed a real peace policy, the area from Spain to Siberia could experience unprecedented prosperity and cooperation that it had ever seen. Such a policy could tie Russia to a new form of supranational democracy instead of casting its lot in with China and autocratic Communist codes.

Instead the EU is proposing arms shipments to the troubled area! How does that help citizens of the EU still recovering from Covid mandates?

Who will get the arms?

Most corrupt State in Europe according to Council of Europe, and Transparency International.

Ukraine most corrupt country in Europe after Russia

Ukraine most corrupt country in Europe after Russia.

Ukraine ranked 130th among 180 countries in the Corruption Perceptions Index (CPI) 2017 released by Transparency International. Ukraine improved its last year’s result by one point and got 30 points out of 100 possible. Next to Ukraine stand Gambia, Iran, Myanmar and Sierra Leone. Ukraine was able to achieve a slight improvement due to the fact that in 2017 the Ukrainian anti-corruption authorities (Special Anti-corruption Prosecutor's Office and National Anti-corruption Bureau) forwarded to courts first corruption-related cases where the suspects were high-ranking officials.

Kolomoisky, who built his fortune during the lawless years immediately following the fall of the Soviet Union, reportedly has a controlling interest in Burisma, the Ukrainian oil and gas company which put President Biden’s son, Hunter, on its board of directors in 2014 at a salary of $50,000 per month. Kolomoisky dispatched his private army to take over companies and destroy a Russian-owned oil and gas refinery in Dnipropetrovsk in 2014, according to reports.

Putin is an opportunist and sees post-Afghan USA as historically weak, spineless and corrupt.

Billions of dollars of aid have gone missing in Ukraine from US taxpayers and from UN agencies. Is the war useful for US elites as smoke and fog? Is it a case of the tail wagging the dog? Special Counsel John Durham has already filed the first criminal depositions of a devastating investigation of widespread corruption of the US establishment. 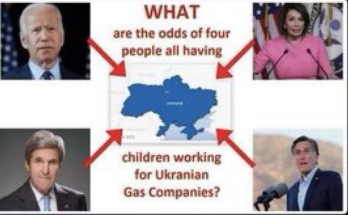 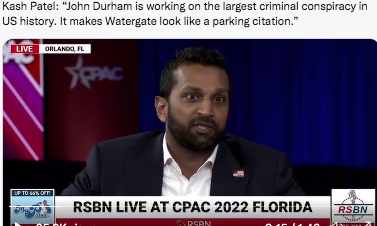 Could the rise of Russian and Ukrainian nationalism and the present crisis threatening the very existence of the European Union have been foreseen in the 1990s after the fall of the Soviet Union?

Posted by David Heilbron Price at 1:31 PM No comments: