Death of TransAtlantic Democracies? USA and EU in danger! 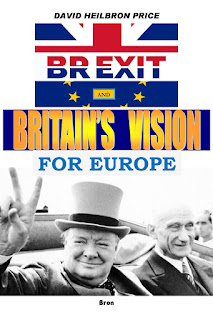 Seventy years ago, the French Prime Minister Robert Schumanwas faced with two major dangers to the State. A powerful Communist party plotted with the Kremlin to draw France behind the Iron Curtain. On the right, nationalist and Gaullist forces wanted to replace party politics with an autocracy. Instead Schuman not only thwarted their conspiracies but laid the foundations of democracy in France and more importantly in Europe. #EU70 celebrates this birth of European democracy. Schuman created the conditions for thirty years of 5 percent growth and prosperity.
His secret? Europe should be self-governed by free citizens with five OPEN institutions, not by Machiavellian politburos. All governments can tend to self-serving despotism. How can it be combatted? Individuals, associations and nations must be allowed to express their views and interests in open, democratic investigative debate and decision-making.
Today Europe and USA are the major powers on earth. That position is being attacked again by internal and external enemies. Europe is faced with the antidemocratic manipulation of Schuman’s key innovation in Europe’s supranational democracy. The European Commission is meant to be totally non-political and non-partisan. It should acts a Jury and Honest Broker for all Europeans. De Gaulle wished to turn the European Commission into his political secretariat. The neo-Gaullist take-over of the European Commission is being attempted by a Politburo, known as the Spitzenkandidat system. Contrary to the European treaties, it disenfranchises nearly all European citizens in favour of a secretive group of unelected politicians. It turns an impartial Jury into their political cartel.
In the next few days and weeks, the greatest earthquake in America’s democratic history is likely to explode. This will expose the complicity and capture of US intelligence agencies — which are supposed to be fighting crime. Evidence in Top Secret documents, now published, reveals how the agencies top brass subverted the data gathering and spying into the domestic political arena. President Donald Trump is set to require the Justice Department to authorize the release of a a further memo summarising the whole affair. The Department of Justice is reluctant to force this process of justice. Why? Because the Obama Justice Department seems up to its neck in this abuse of power and crimes of State.
However the Washington Post is now recording that President Trump will insist on publishing the four-page summary of thousands of pages of the allegedly criminal and traitorous goings-on. The material is far more explosive than Watergate. It was prepared by the House Intelligence Committee chairman Rep Devin Nunes, after reading the ‘jaw-dropping’ Top Secret material. It will reveal:
What we know so far.
On 17 November 2016, right after the election, the NSA (National Surveillance Agency) head Admiral Rogers warned President Trump that his transition team in Trump Towers was under surveillance by the FBI and CIA. The CIA, the external spy agency, is not allowed by law to spy on American citizens. Nor is the FBI allowed to spy on innocent citizens without a warrant. But the NSA had detected unusual activity in the data scoops. However nothing stops the CIA from asking a friendly foreign spy agency to spy on American citizens. But it is also illegal for any US agency to pass secrets on to private spy groups like Fusion GPS — who created the Russian dossier.
That’s when Trump spoke out. However, like a chorus, the main news media called this ‘Fake `news’.
Some Fake News!
Some Fake Media!
For eight years the media had been accustomed to the Obama presidency using the the agencies and supposedly impartial ministries for political purposes. Were the US main-stream media being paid to take this anti-Trump position and ignore any news investigation? The media reported that a Trump victory was impossible.

Maurice Tamman
NEW YORK (Reuters) – Even before Sunday night’s vicious presidential debate, Republican Donald Trump was losing ground in many of the states he needs to win to capture the presidency, according to the latest Reuters/Ipsos States of the Nation Project analysis released on Monday.

Even after the election, the Democrats, in cahoots with the agencies, thought that they would be able to control Trump or get him out by fair means or foul.
One attempt was to use the Fake Russian Dossier, prepared by private sector spy company, Fusion GPS, and the Democrat National Committee (DNC) paid for by the corrupt, now defunct, Clinton Foundation. The Foundation was then dictating Democratic Party management and money.
The farcical dirty dossier story was that Trump had been recorded by Russian intelligence when he hired prostitutes in a Moscow hotel. Trump was not that naive. He had warned his own staff against doing such stupid things in Russia. Besides, Trump declared, he was a bacteriophobe. He would not by any means get involved in the unhygienic practices in the dossier. The germs came from the Swamp.
Trump’s efforts to ‘clean up the Washington Swamp‘ could have major positive effects in helping Europe’s flagging democracy. Decades of bipartisan political fraud on both sides of the Atlantic could be exposed to public debate. The media may also begin to act as an investigative guardian of democracy rather than purveyor of ‘Fake News‘.

The Fake Dossier not only proved itself a fraud but backfired on its authors, showing it was a Clinton political fix-up and implicating the intelligence agencies as well.
When NSA’s Admiral Mike Rogers tried to bring the illegality of the CIA data sweeps before the intelligence court, the CIA tried to pre-empt him. The intelligence court, the Foreign Intelligence Surveillance Act Court, known as the FISA court, rejected the proposal to agree to massive data hoovering of main info networks. The CIA tried to bolster its case by implicating Donald Trump as a Russian agent. Unfortunately for the plotters, there was not the slightest evidence. So a high level group in the CIA added the fake Russian dossier for a deeper sweep.

A 99 page court judgement was recently declassified, with key names still blacked out.

FIRST EARTHQUAKE! Here it is!
ILLEGAL SPYING ON DONALD TRUMP and the US people.
This is the Top Secret Memo giving the Opinion and Legal Order of the US Foreign Intelligence Surveillance Act (FISA) Court with the request initially under President Barack Hussein Obama for the spy Agencies spy to authorise surveillance not only Candidate Donald J Trump but President Trump and many US citizens.
The Spy Agencies concerned are Central Intelligence Agency, (CIA, external security), National Security Agency (NSA), Federal Bureau of Investigation (FBI, US domestic agency), National Counter-Terrorism Center (NCTC).
The ‘section 702‘ submissions — permissions to spy externally or domestically on proven national security grounds — were made initially in September 2016 when Trump was a candidate for US presidency and, when this was turned down, a second one was made based on a Fake Dossier.
The Fake Dossier was added to give some substance to alleged Russian collusion with Trump — for which no evidence was able to be produced by the agencies. It is alleged that the Fake Dossier was originally put together anti-Trump Republicans and then paid for by the Democratic National Council, which was at the time controlled by Candidate Hillary Clinton, plus the FBI. For more information on the four page memo produced by Rep Nunes team, check #releasethememo .
Posted by David Heilbron Price at 4:52 AM