CNN does NOT call who won the US elections

Fraud to watch for in the American Elections!

A number of major TV companies have called the US elections as a victory for Joe Biden. However something smells foul. These companies are the media of the Washington Swamp that President Donald Trump has called Fake News. He has told them why in no uncertain terms. They are not his friends.

Other media do not support this conclusion. They are the independent. The cartel operations like Google, Facebook and Twitter have tried to censor or block them completely.

Why? They point to the frauds that have taken place — which the main stream media have failed for some reason to investigate. Nor have these Big Tech cartel companies investigated in the last three weeks of the election the ‘Biden Laptop from Hell‘ and other ‘Biden crime family’ scandals. Real journalists have exposed their vast, multibillion dollar crime, corruption, drugs, pornography and worse in the USA and around the world.

Citizens should also remind the hysterical main stream media that the media is not the institution that decides.

In June President Trump said there were millions of fake ballot papers being printed that would compromise the results in November.

Does anyone seriously think that Donald Trump did nothing about it? When he was annoyed about a member of his White House staff leaking information to the press, he passed wrong info to some suspects. When it appeared in the NYT etc, he knew who the leaker was. The guilty got the boot.

What has happened on 3 November and later?

Graphs give the total number of votes as that accumulate over the day. It rises in a curve until the end of the day.When you add votes from constituencies there is no way that all the votes are without exception for one candidate. This happened. 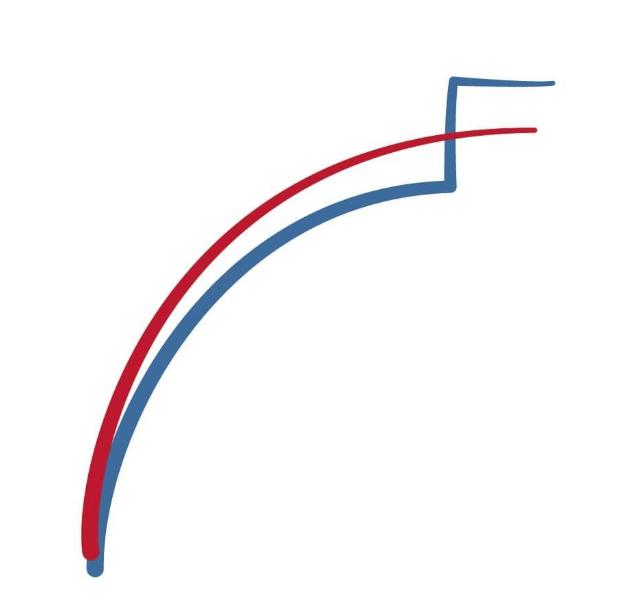 3. Tammany HallThe most important person is not the counter but the person who controls the counting. In 1870s New York 'Boss' Tweed ran one of the most corrupt political setups that made him a rich man, as well as his party pals, the 'Tweed Ring'. 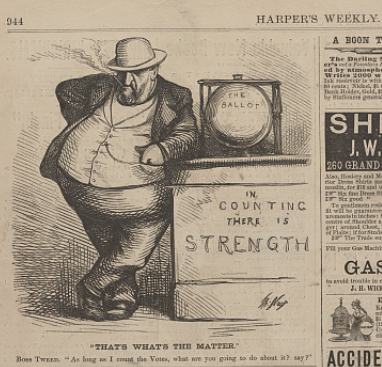 4. Blockchain codingWhat did Trump do about the fake bulletins he knew about in June? The most logical thing to do would be to place a secret blockchain code or watermark on authentic paper. Ballots have several layers of coding on them apparently and I would suppose at least one that is not known to the political parties involved. That way in a recount with the right equipment or in Court the real votes can be separated from the fake. The origin of the fakes would also point to the guilty and they could be pointed to the nearest gaol.

What would happen to ballots that have been destroyed, buried and confiscated? A serial system of coding would reveal any ballots that were missing. Any other ideas?

We are likely to see some interesting Court cases and Hearings in Congress. Will the main stream media give it full billing?

Posted by David Heilbron Price at 10:48 AM