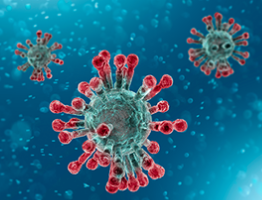 How should politicians unify Europe for the health of all its citizens? How can Europeans best gain the maximum of benefits with a minimum of disadvantages? Schuman‘s presentation of the European Health Community demolishes several myths about the European Community design and also its origin.
The first striking feature of the EHC explodes the myth that all efforts must be centred on the same Member States. The first Community of Coal and Steel had six member States: France, Germany, Belgium, the Netherlands, Luxembourg and Italy. Later Communities, Euratom and the Economic Community, with treaties signed in Rome in 1957 also had the same six countries as members.
Hard core Europe is wrong
Must a Community be based on these States only? The ‘hard core Europe‘ idea is wrong. The Community is provably based on values not geography. It reinforces those values in a positive way, wherever they are found.
The EHC shows that this idea of restricted membership was not part of Schuman’s thinking. It derives from later politicians who misunderstood or purposely wanted to change the design and founding concept. Their mistakes have proved costly. So it is important to study the original principles that brought Europe peace and prosperity.

The EHC also shows that it was even further from Jean Monnet’s ideas, vague though they were. (Documents that Jean Monnet Foundation subsequently released show that Monnet had little to do with the political and legal scheme behind the supranational Community idea. His office and relationship to the Prime Minister’s office allowed Schuman to bypass hostile interministerial committees. Other accounts of the Schuman Declaration co-authors, like Schuman’s legal adviser, Paul Reuter, show the same thing.)
Europe in its diverse needs and challenges
On 12 September Foreign Minister Schuman and Health Minister Paul Ribeyre presented the plans to the French Cabinet. The Cabinet agreed. But the decision was not to present it to the Six alone but to the much larger OEEC, Organisation of European Economic Cooperation.
The OEEC was the body set up in 1948 following the US Marshall Plan. The French Government invited all its Member States to join in this common European effort of well-being. Besides the Six, it included Austria, Denmark, Greece, Iceland, Portugal, Sweden, Switzerland, United Kingdom and Turkey. Ireland was the only State to decline.
Thus the invited countries included:
Geographical SpreadBy making the Community open to countries like Turkey and Iceland, Schuman, Ribeyre and the whole French Government were saying that all European countries were potential members. That should not be surprising. But it is to modern ears.
Schuman’s original proposal for the European Coal and Steel Community was open to all European countries without exception. That included Russia.Schuman was asked at the press conference on 9 May 1950 whether Russia could join. He answered: Yes, of course (Mais oui!).Why did Russia not join? Simply because the European Community was based on the human rights provisions of the Council of Europe. Human Rights were the foundation for healthy rule of law. But Russia then part of the Communist system of the Soviet Union, did not allow freedom of thought or freedom of religion. It refused to join the Council of Europe.The announcement of the Schuman Government on 20 July 1948 proposed that Europe should be built on a free Assembly and a Customs Union. The Assembly saw life as the world’s first international parliament in the Council of Europe. It was aided by a Committee of Ministers, representing the States. They decided conjointly that in order to establish a lasting European Union, all States must agree to the Convention of Human Rights and Fundamental Freedoms.
The European Coal and Steel Community started with a Single Market of the main resources. This made a move to a Customs Union inevitable. At the time of the Schuman Declaration, Germany was not a member of the Council of Europe. In fact the Adenauer Cabinet were discussing whether they should join and many of the German politicians were against it. Adenauer saw the human rights guarantees as the most important decision that Germany could make as they would make a resurgence of Nazism impossible and they would block a Communist take-over of a Germany re-united with the Soviet occupied ‘German Democratic Republic’ DDR in the east. The Proposal made the Cabinet’s acceptance of membership to the Council of Europe possible. Human rights and a Community of resources with its own institutions were intimately linked together.
The Austrian anomaly
The European Health Community proposal proves that Schuman considered that the Community system is not an exclusive operation for the founding Six States. Nor must all future European integration be concentrated between Member States which had already joined the first Community or the EEC.
If human rights in the Council of Europe was vital for assuring the rule of law inside the Community, what lies behind the Austrian case? Austria did not join the Council of Europe until April 1956.
Did Schuman relax this guarantee on human rights for Austria?
No. Diplomatic papers of the time show that Schuman was leading the way in order to get Soviet troops to leave the country. He wanted Austria to have a chance to redeem itself as a normal country. After all Hitler had come from Austria and the Austrians had warmly welcomed the union or Anschluss with Nazi Germany.
The choice was to postpone the rehabilitation of Austria or to welcome it into a European Community that would help it get back on its feet again. Even though Austria was not yet a Member State of the Council of Europe, the potential of entering the Health Community would have boosted that possibility. That was already the case with its membership of the OEEC.
By making the offer for all States of the OEEC to join the Community, Schuman showed the positive aspects and benefits of a Community solution. Even though politicians did not persevere with the Health Community idea, the offer of membership to Austria underpinned its potential to have guarantees on human rights via the Community institutions. Portugal did not join the Council of Europe until 1976 but was not threatened by the USSR.
This shows the pragmatism of Schuman’s politics. The supranational institutions of the Health Community would have acted as an accelerator in the process of regaining human rights and ending dictatorship.

With all the advantages of arresting epidemics and solving health problems across Europe, and also reinforcing human rights, why did the European Health Community fail to gain the persistent support of politicians?
Posted by David Heilbron Price at 1:24 PM