The World should note and shudder! Fake News is being spouted by European leaders about the crisis of Europe’s future.
Meeting at the Davos World Economic Forum, a special discussion was held on “Which Europe Now?” Sixty minutes of hot air followed, enough to melt the Alpine snows.
Citizens, be afraid! The leaders seem to know little about how Europe got its peace after 2000 years of warfare, how it got its unprecedented prosperity.
Robert Schuman and the founding fathers created a system to build trust between nations and peoples and industries. Lack of public trust in Brussels is the prime cause of today’s crisis. Schuman said: “Bureaucratic expansion and complexity are no guarantee against a breach of trust. They encourage political nepotism. Administrative inflexibility is the prime danger threatening our supranational services.” Elections, he said, should be Europe-wide not national. They should accord with the Great Charter of the Community (that de Gaulle buried.)
Leaders today have little clue how to best deal with the future. Would you hire a hot air salesman to be in charge of a fire brigade, someone who knew nothing about fires and could not even drive a fire engine?

Dutch Prime Minister Mark Rutte boasted that “I am a historian”. He then destroyed that illusion. Just four minutes into the conference he said that the treaty that made sure “No More War” was that of 1958. What was he thinking of? Euratom? Or the so-called “Common Market”. What happened between the end of the World War and then when the Cold War raged?
In its first announcement of the year the European Commission gave the same Fake News. They said they would celebrate Europe’s 60th Birthday in Rome in March this year. Is Fake News contagious? The treaty that made war “not only unthinkable but materially impossible” was the Treaty of Paris, signed on 18 April 1951. The quote comes from Robert Schuman’s speech of 9 May 1950 that launched the Community process and the European Coal and Steel Community.
Then we had the French moderator, Maurice Lévy, the boss of Publicis. This is a communications and media group. Why, any normal person would ask, does the European Union require a marketing consultant to get its message across? Is lack of trust not apparent or do leaders just want to cover it up?
Mr Levy asked: What are the great ideas that Europeans need? What makes a better Europe?
Mr Levy came up with the false and hoary old story that Jean Monnet had said that “if I had to start again” (with presumably single-handedly creating the European Union), he would “start again with culture.” It takes a minute on the internet to prove this is a Fake!
It is also false to say Monnet “invented” the Community. It has long be debunked as false. Monnet’s Memoires even claim he invented the word ‘Community’ on 21 June 1950! False! When did he have this brainwave? The day after he had sat next to Schuman at the opening of the Schuman Plan conference on 20 June when Schuman described exactly how a Community would work.
As for the quote about culture, it is rubbish. The Community was created in 1950 when nuclear war loomed between USSR and the West with Germany playing one off against the other. It was not created to make films.

Nor was it designed to create a uniform European culture as the other panelist, the banker Ana Botín of Santander, seemed to want. If she wants her fellow bankers to understand Europe she should buy them some decent history books. The bankers of Europe could learn about what Schuman called the supranational management system of Europe. That’s what he called it in his speech of 10 August 1950 before the Council of Europe in Strasbourg. Its use in banking, commerce and services would revolutionize the economy!
The quote about “starting again with culture” probably originated with Jack Lang, once a French Minister of Culture. He admitted it. But it certainly did not come from Jean Monnet.
Nor did Jean Monnet have much to do with “creating” the first European Community except distracting the Prime Minister Georges Bidault from Schuman’s activity (which he opposed vehemently). The Schuman Declaration was written by his fellow Lorrainer, Paul Reuter, the deputy Jurisconsult at the French Foreign Office and his watchman there against nationalist and Gaullist plots. He used Monnet’s office and secretarial help. You can read the account on schuman.info or in Reuter’s own words in the book: Robert Schuman, Jalonneur de la Paix Mondiale.

So what did Martin Schulz, the long-serving president of the European Parliament, say about Monnet and starting with culture?
“He (Monnet) was right!” He blamed politicians who came out of closed door meetings of the Council and refused to tell the truth of what had gone on! Secrecy is not democracy!
Next we had the Commission, in the person of Vice-President Frans Timmermans. He faked his own News/ history. Today, he said, “governance is more important. Some of the facts — we’re talking about history — need to be reassessed. No more paternalism. That was Schuman etc. Very paternalistic people. They said we are going to fix Europe but please don’t tell the people how we are going to do it. ”
Whaaat! They created Europe's peace for the first time in 2000 years and Schuman didn't tell the people how he did it? Schuman created the major forums for public opinion to act "like lighthouse" for the new idea of supranational democracy.
What an insult. Who created the Council of Europe with its Assembly to act as a public laboratory for new ideas? Who created the European Parliament? Who created the institution of which Mr Timmermans holds an office (in spite of his party political membership which contradicts his oath of office for impartiality?) Mr Timmermans got into a verbal fight with Prime Minister Rutte. He denounced his party political ideas and theories.
Mr Timmermans, why are you so ignorant about European history? It involved the greatest postwar public debates. Why are you so defamatory of humble, democratic Robert Schuman? Are you confusing him with the autocratic Charles de Gaulle? 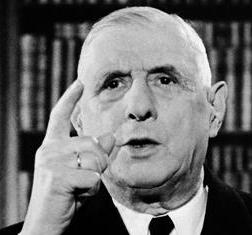 In either case you should have thought before you spoke. Distrust springs from fakes.
Schuman and the treaties say that the Commission should act independently of party, country and profession. He used the term “supranational“. I wonder how many "Commissioners" and "leaders" even know what it means. Why today do so many "democratic" leaders prevent the European Council being held in public like the treaties say?
As multinationals announced they were quitting Britain, UK Prime Minister Theresa May also visited Davos. She praised the institutions that brought peace and prosperity. She said:


“We should never forget… So we must uphold the institutions that enable the nations of the world to work together. And we must continue to promote international co-operation wherever we can.”

Democracy in Europe requires open Councils and elected Consultative Committees. It requires many elections that Europeans have never had in 75 years. Democratic leaders should read article 15 of the Lisbon treaty TFEU which says


“Union institutions, bodies, offices, and agencies shall work as openly as possible. …” It adds the Council shall meet in public like the Parliament.